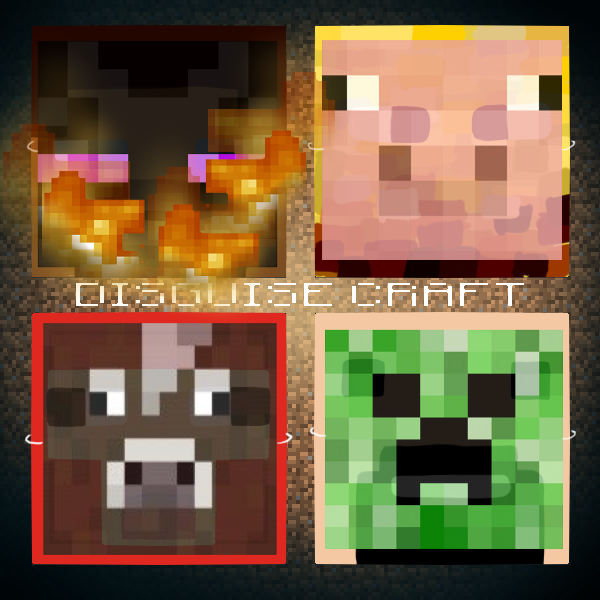 Tired of backwards EnderDragons? Upward looking chickens? Or some of the other bugs in MobDisguise? Ready to try something brand new? With DisguiseCraft we are taking a brand new approach on mob/player disguises by taking advantage of the advanced features released in the 1.1-R4 build of CraftBukkit!

Defaulted group in parenthesis (Note: Defaults are overriden by the ‘*’ permission)

Planned or ToDo <== Put suggestion comments over here!
Development builds of this project can be acquired at the provided continuous integration server. These builds have not been approved by the BukkitDev staff. Use them at your own risk.
Dev Builds (Jenkins) <== Contains the latest DisguiseCraft builds!
JavaDocs and Source Code

How to negate the disguisecraft.seer node with PermissionsEx

Or, how to make it so that you don’t see the nametag of the person inside of the disguise!