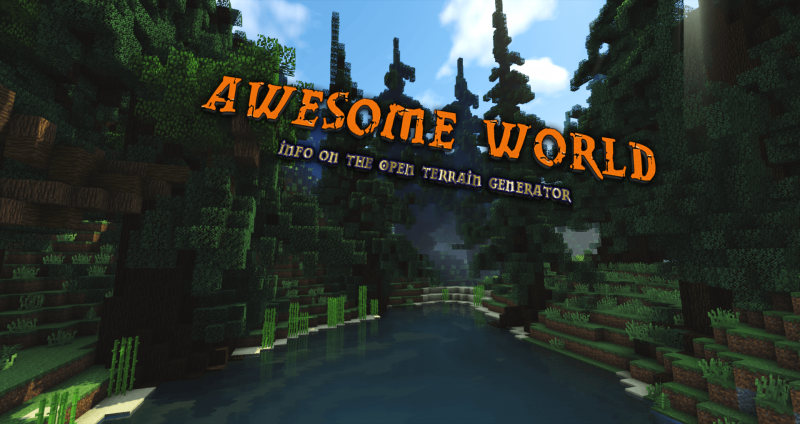 To learn about the mod in more detail visit our Wiki

OTG is an advanced, fully customizable world generator. Through its various configuration files it gives the user control over almost every aspect of Minecraft’s terrain and structure generation, allowing you to generate anything from floating islands to cave worlds with no knowledge of Java required. OTG supports both Spigot (servers) and Forge (servers and singleplayer).

The basic features of OTG:

What kind of worlds can I create?

Here are some examples of custom presets (created using only OTG functionality):

Join us on Discord at: openterraingen